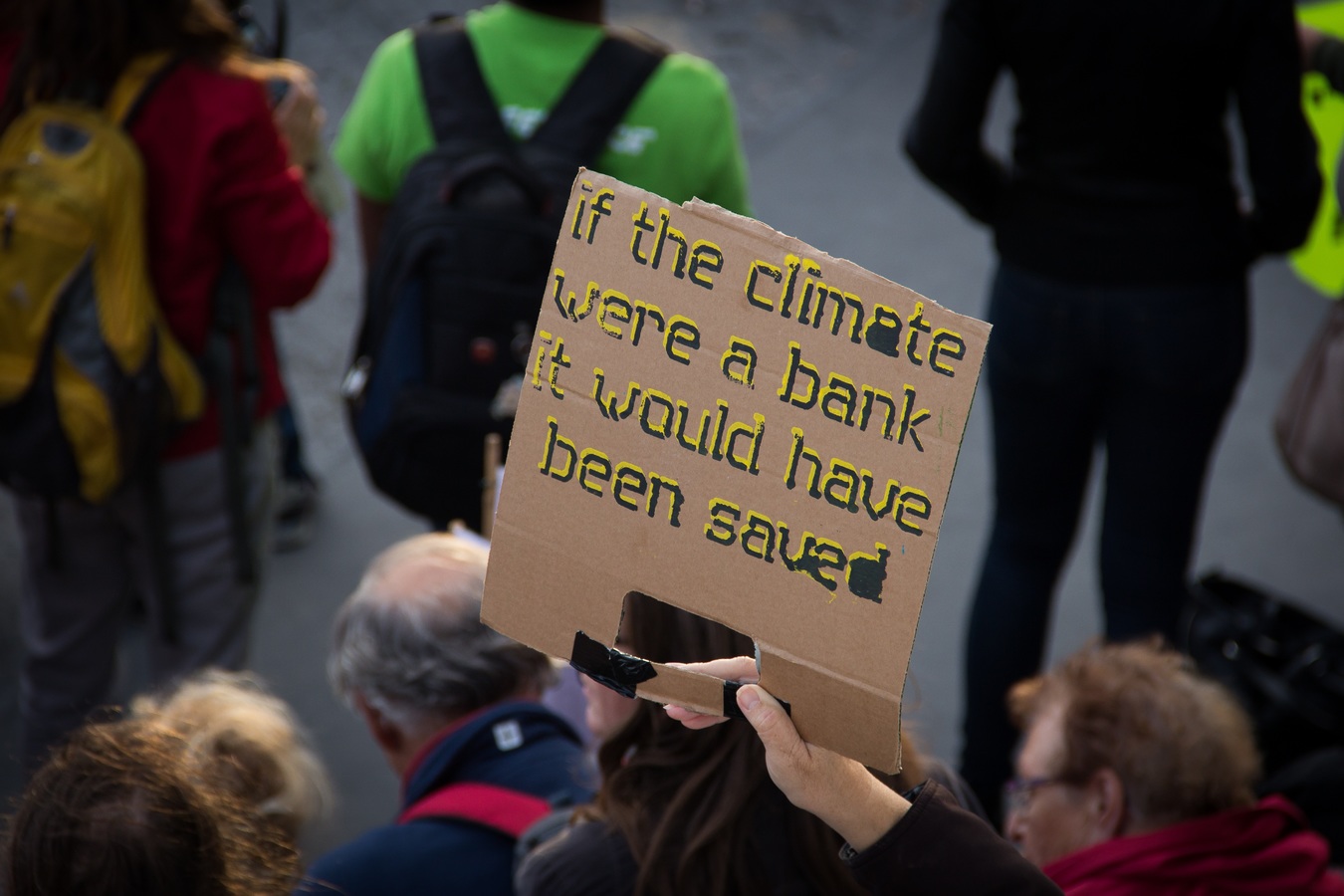 West coast members from CultureStrike traveled to Brooklyn, New York to meet with east coast staff and hundreds of artists from across the country who are doing climate change-related art work. During the week of Sept. 16th, we began working on cardboard puppets and a 24’ diameter parachute banner.

The puppets were designed in collaboration with David Solnit and photographer Roxana Marroquin. They were blown up black and white prints of Marroquin’s photographs which depicted POC members of a community garden that Marroquin works with. They were pasted on cardboard surfaces and watercolored. The point of having POC in our art is to highlight the fact that our communities have been growing food for centuries as opposed to some folks who do it because it’s a fad.

We also made corn out of cardboard as a symbol of NAFTA and how subsidized U.S. corn in Mexico pushed many to migrate north. The corn was also used in the huge butterfly banner designed by Susana Garcia. The banner, which carried the message “Climate Change Affects Us All” and its Spanish translation “El Cambio Climatico Nos Afecta A Todos,” made media rounds all over the internet, across the country and other parts of the world.

There were so many artists, students and community members helping CultureStrike that we were actually the first organization to finish everything on time.